USA and Russia have no solution on Snowden case 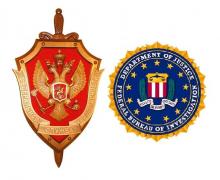 MOSCOW, RUSSIA (01/JUN/2013.) - The presidents of Russia and the U.S., Vladimir Putin and Barack Obama, have instructed their security services to find a solution to the case of the CIA ex-technician Edward Snowden, today announced Nikolai Patrushev, secretary of Russia's Security Council.

The presidents "have no solution that satisfies each of the parties and therefore have instructed the director of the FSB (former KGB) Alexander Bortnikov and FBI Director - Robert Mueller to be in constant touch and to find a solution", Patrushev said to the television channel "Rossiya 24".

Patrushev added that it is a "fairly complex task because they must find a solution within the framework of international law."

"Today, that there is no recipe for the situation," said the secretary of the Russian Security Council.

On Tuesday Vladimir Putin announced that Snowden was in the transit area of Moscow's Sheremetyevo airport, and said this was an issue that should be dealt with by Bortnikov and Mueller.

At first, US warned Russia that the Snowden case could have negative consequences for bilateral relations, but Washington has softened since that announcement.

Snowden, who revealed to the press facts of mass surveillance of telephone and Internet communications by the secret services of the U.S. and the UK, is expecting Ecuador's response to his request for asylum.

The president of Venezuela, Nicolas Maduro, who is currently in Moscow, said this week that his country would "almost certainly" give shelter to the fugitive from U.S.

The ex-employee of the U.S. National Security Agency (NSA) is wanted in his country for violating the U.S. Espionage Act.