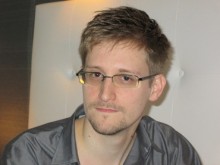 LONDON, GREAT BRITAIN (17/JUN/2013.) - Edward Snowden, responsible for the leaks of the secret surveillance programs in the U.S. currently in hiding in Hong Kong, told the British newspaper "The Guardian" that the government of his country can’t "stop the truth."

"All I can say now is that the U.S. government will not be able to cover imprisoning or murdering me. The truth is coming out and you can’t stop" said the former employee of the CIA and the U.S. National Security Agency ( NSA) in an interview session to the British newspaper.

Snowden also recognized that, having fled the country, he "does not expect to see his home anymore," although it is unknown "where it will end."

The ex-technician of the CIA and NSA leaked earlier this month to the newspapers "The Guardian" and "The Washington Post" the existence of two secret programs through which the government of his country supposedly compiled phone records and digital data of millions of users.

In response to a question from a reader, Snowden, whose identity was made public by "The Guardian" on June 9th, did not say if there are more people, apart from him, who have copy of the documents and would make them public if anything happened to him.

He explained that by leaving the U.S. he had put himself at "an incredible risk," as NSA employees must notify of their trips abroad with 30 days notice and "are monitored."

He also said there was a possibility of being "intercepted on his journey", because he had to travel without an advance booking in a country where he could work "without being stopped immediately."

In response to the question of another internet user, Snowden explained that although he wanted to reveal to the world the programs used by the NSA even before Barack Obama came to power, his "faith" in the "promising" political campaign of the current president of the Government stopped him from doing so.

"Unfortunately, shortly after coming to power, (Obama) has closed the door to investigation of the systematic violations of the law, deepened and expanded several abusive programs and refused to spend his political power to end human rights violations like the ones at Guantanamo" he said.

By revealing the massive spying on the phone calls and internet data by the U.S. Government, Snowden became a hero to some, for having brought to light practices that threaten the privacy of citizens and to others a traitor to their homeland.