Monitoring systems of the U.S. and China are equal 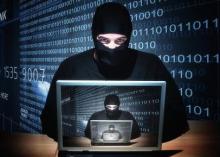 HONG KONG, CHINA (12/JUN/2013.) - The Chinese artist and activist Ai Weiwei criticized today the US wiretapping program, revealed in internet by a former CIA agent, and warned that this could lead Beijing to increase its control.

"The United States dominates the highest technologies, is the leader. Many standards on information, on ethics, on legislation are established by these leaders," said the artist, to the South China Morning Post on Wednesday.

The defender of freedom of expression in China said that, despite the differences in the political system, there are no differences in surveillance systems between China and the United States.

"They face different kinds of restrictions, either cultural or systematic. But when it comes to invade the privacy of citizens, there is no difference," he said.

The revelation of massive spying by the Barack Obama Administration coincided with the meeting between the U.S. president and his Chinese counterpart, Xi Jinping, in California, which sought to find common ground on issues such as North Korea and Industrial cyber-espionage.

Beijing has been accused by the West as one of the countries, committing largest industrial espionage via internet, and the revelation of cyber espionage program could undermine U.S. efforts to force a change of stance by China, experts say.