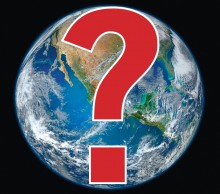 But the difficulties occur in a new principality. And firstly, if it be not entirely new, but is, as it were, a member of a state which, taken collectively, may be called composite, the changes arise chiefly from an inherent difficulty which there is in all new principalities; for men change their rulers willingly, hoping to better themselves, and this hope induces them to take up arms against him who rules: wherein they are deceived, because they
afterwards find by experience they have gone from bad to worse.

The Great Socialist People’s Libyan Arab Jamahiriya is finally defeated. A small protest of 600 people in Bengazi against the arrest of Fathi Terbil, a lawyer and a human rights activist, within few weeks had spread to the whole country and resulted in a full-scale revolution, which Libyan leader Muammar Gaddafi failed to quell. As all of us perfectly remember, there had been no clear victory for either of the warring parties, and the government troops had been even succeeding in containing protestors and regaining control over lost territories, but only until NATO was involved. The Atlantic Alliance left no chances to Gaddafi and managed to achieve the change of the regime by providing all the necessary assistance to the rebels.

The events were following each other unbelievably fast those days. Only a week and a half since the first clashes, on the 26th of February, the UN Security Council unanimously passed resolution 1970, freezing the assets of Gaddafi and his inner circle and restricting their travel and demanding an immediate ceasefire. But it was not over yet. The UNSC went further and on the 17th of March passed another resolution 1973, which authorized member states to establish a no-fly zone over Libya and to use all means necessary short of foreign occupation to protect civilians. In fact it had formed the legal basis for “humanitarian” intervention, allowing international community to conduct air strikes and destroy any forces that threaten civilians.

NATO’s operation had been launched almost immediately. On the 19th of March first air strikes took place and only four days later Greg Begwell, British Air Vice-Marshal, announced that Libyan Air Force “no longer exists as a fighting force”. Strikes continued for several months, and were aimed not only (and sometimes not so much) at military objects. The number of casualties during the strikes and countless attempts to kill Colonel Gaddafi is not clear until now, but nobody doubts the fact that they really have taken place.

The pros and cons

The international community’s reaction to these events was far from consistent. According to many analysts, the main factor that contributed to NATO’s success was a victory in the media war, which was easily achieved due to the recourses available. Besides mass media the International Criminal Court was involved, which called the actions of Gaddafi “the crime against humanity” and issued a warrant for his arrest.

Meanwhile Russia abstained from voting on the resolution 1973 and took the criticizing position. The Russian Ministry of Foreign Affairs constantly, but in vain, had been demanding to halt the nonselective use of force, such as air strikes on civil facilities and infrastructure, like hospitals, bridges and roads. Russian Prime-Minister Vladimir Putin said, that the Libyan resolution was “obviously, defective and flawed” as it “allows everything”. Authorizing use of force against the Libyan leader “resembles medieval calls for crusades,” he noted. Interestingly, but earlier Gaddafi made the same comparison while talking about The Atlantic Alliance actions, approved by the UNSC. He said then (it was on the 20th of March), that NATO’s actions looked not only like “a new crusade” but as a “terrorist attack” with the Libyan oil as a target.

But the Russian premier didn’t take the position of Gaddafi as well. “The Libyan regime doesn’t meet any of the criteria of a democratic state,” he said. “But that doesn’t mean that somebody is allowed to interfere in internal political conflicts to defend one of the sides”. Mostly the criticism was aimed at the United States. According to Putin, “interfering into internal conflicts is becoming a persistent tendency in the U.S. policy”.  “What troubles me is not the fact of military intervention itself – I’m concerned by the ease with which decisions to use force are taken in international affairs nowadays under the pretext of protecting the peaceful population,” he said. “But in bomb strikes it is precisely the civilian population that gets killed, so where is the logic and conscience?” He reminded that due to these bomb strikes there had been casualties among civilians that were supposed to be protected.

As for Russian President Dmitry Medvedev, he said that he didn’t think the UN resolution was wrong. “Moreover, I think that generally the document reflects our understanding of what is going on in Libya, and that is why we decided not to veto it, but we don’t support certain details of the resolution,” he said. “All that is going on in Libya is connected with outrageous behavior of Libya’s authorities and the crimes that were carried out against their own people. We must not forget about it. Everything else is simply a consequence”. Maybe that is why Russian officials in the following speeches mostly put a stress on the violation of the resolution 1973, including indiscriminate use of force, NATO’s aim to kill Gaddafi and casualties.

Some heads of states, for example, Bolivian President Evo Morales, considered NATO’s intervention as “an act of aggression and a shameful action for humanity”. Morales called for an immediate halt to the invasion and for the creation of an international commission to seek a diplomatic solution to the civil war that broke out in the Arabic country. “As a peaceful country we call for an immediate halt to the military aggression in Libya and for the creation a high level international commission chaired by the Secretary-General of the United Nations, representatives of the League of Arab States and the African Union for peace and the integrity of Libya,” he said to journalists during one of his press conferences. “You can’t defend human rights by violating them and bombing homes and hospitals,” he added.  Considering the resolution 1973 as “a mistake”, he guessed that imperialist powers (and the U.S. in the first place) were after Libyan oil.

Venezuelan President Hugo Chavez proposed to the governments of South America to unite against the U.S.-led “military intervention in Libya”. “What we are facing now is a new cycle of colonial wars, very cruel and impudent,” he said. “The U.S. and its NATO and UN allies feel absolute freedom and strike bombs under the pretext of protecting nations, but their real goal is to reconfigure the world so it is based on the Yankee military hegemony. We are bearing witness to the consecutive implementation of the chronogram of globalism to create “controlled chaos” for interfering in the internal affairs of the countries that got a “black mark”. Chavez pointed out that the Western-led military operation on Libya was aimed at seizing the North African country huge oil reserves and killing Gaddafi. “It is unfortunate, that the UN endorses the war, in contravention of its fundamental principles,” the Venezuelan leader said. Cristina Fernandez de Kirchner, the Argentina’s president, also criticized the intervention in Libya. “When someone looks at the world, and observes the people who are supposed to be civilized resolving their problems by launching bombs, it really makes me proud to be a South American,” she said. A demonstration was held in Santiago de Chile under the slogan “For Peace, Against War”, though the government officials refrained from making strong statements.

On the contrary, former Peruvian President Alan Garcia condemned developments in Libya, saying that “Peru expresses its most energetic protest at the repression carried out by the Libyan dictatorship of Muammar Gaddafi against his people”. He decided to suspend diplomatic relations with Libya and noted that “ Peru will be ready to resume them only after the leader of Jamahiriya stops the violence”.

Coming to conclusion it will be interesting to cite Wikipedia, an open source of information which tries to give as many opinions as it is possible. It is said there that “the international community with some exceptions condemned the Gaddafi’s use of force against civilians, as well as the following NATO’s operation”. Putting simply, Gaddafi’s actions were not good, but NATO’s respond was not better… So, was the best option to leave everything as it was? Maybe. But unfortunately, as a Russian lyrical poet Alexander Blok wrote in one of his poem, “We can only dream of peace”.

And now let’s try to bring up a more interesting topic - causes of the conflict and its worldwide impact. And to start with, let’s have a look at Libya just before the civil war. What usually makes people want to fight and topple a regime? Unemployment, poor living conditions, high prices, poor access to social services, corruption, ethnic or religious cleavages, class divisions. Here we can remember the Tunisian and Egyptian revolutions, the Sudanese civil war and many other coups in African countries south of the Sahara.

But it is enough to have a quick look at statistics on Libya to realize, that the country was quite prosperous, especially compared to other African states. Libya had the highest Human Development Index in the African continent. In 2010 the country was ranked as the 53rd in the world with the HDI reaching 0,755. HDI is a comparative measure of life expectancy, literacy, education and standards of living for countries worldwide and it is considered to be a standard means of measuring well-being. By the way, Libya was ahead of such countries as Mexico (56th), Russia (65th), Peru (63rd), Venezuela (75th), or Columbia (79th).

Life expectancy in Libya was 75,45 years, adult literacy rate (aged 15 and above) was reported at 95,4%, and per capita income was estimated at around $14 000 (which is even more than, for example, in Russia). Libya had among the lowest rates of mortality in the world as well. Healthcare in Libya was provided to all citizens under a government program, and the level of service in Libyan hospitals was quite high. Every new born got $7 000, every new married got $64 000 to buy an apartment or a house. This sum, by the way, was enough to buy a large plot and to build a luxury house for a big family. Electricity in Libya was almost free and rent for apartments didn’t exist at all. Government subsidized 50% of the price of a car. All Libyans were guaranteed the right to education. Moreover, it was free at all levels and many students were sent abroad. There were no rich or poor people, and it was really the society with the individual members contributing each according to his ability and receiving each according to his need.

If we also mention developing industry and huge oil and gas reserves, the whole situation will look very strange. What caused Libyan people to revolt? Were living conditions in the country so unbearable and unacceptable, that there were no other ways out? Because nowadays in our more or less civilized world social problems are usually solved in another way, which includes creation of opposition parties, negotiations with the government, peaceful demands for democratic changes and achievements of goals at least partially, if not fully. Of course, the process can’t be fast, but breaking is not making either.

Yes, of course, Libya was not so democratic, the country had problems with freedom of the press and transparency, but it seems like these universal values are spread everywhere. At the same time, some “civilized” states due to different (but basically economical) interests prefer not to notice the existence of these values when needed, turning this or that country into “uncivilized” and “undemocratic” just like with a wave of a magic wand. Moreover, it is very unlikely that the lack of